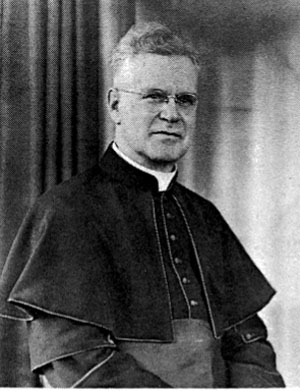 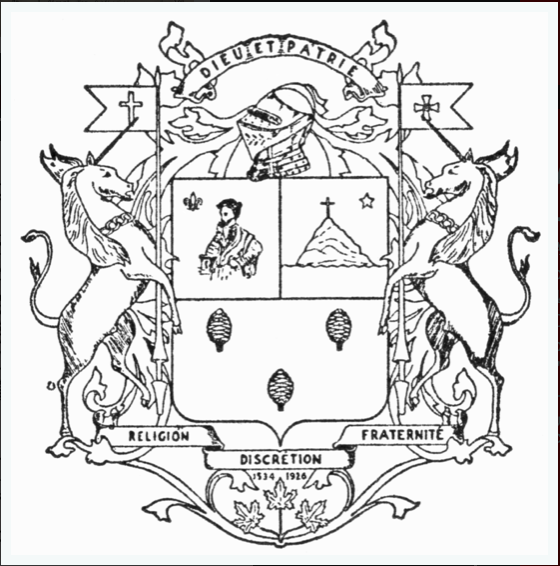 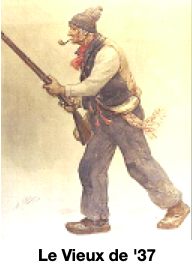 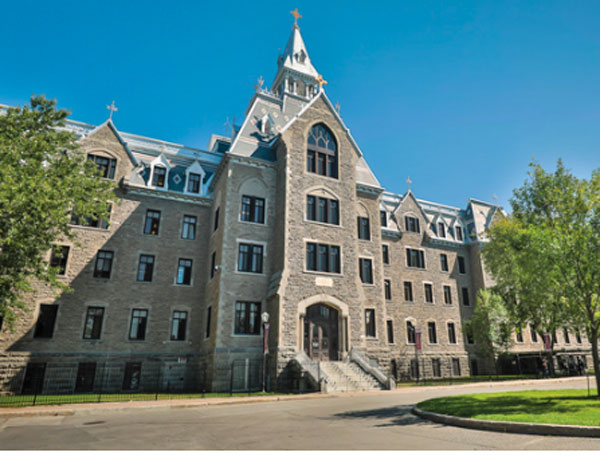 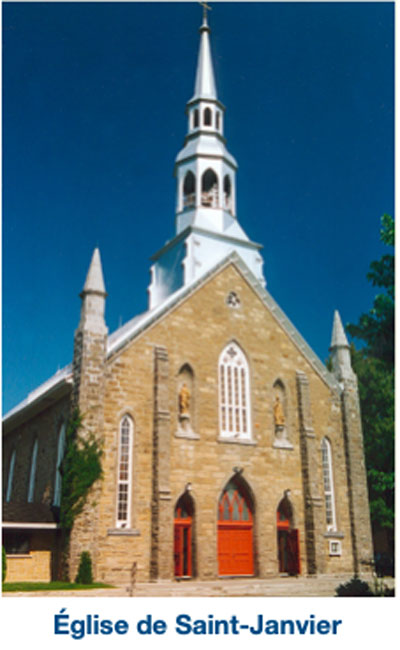 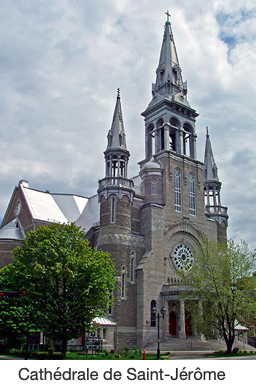 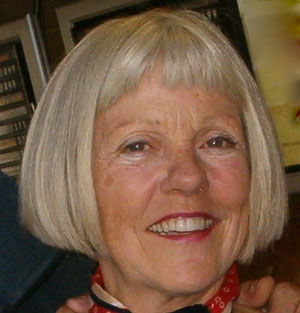 MGR ÉMILE DUBOIS, the 12th of a family of 14 children, was born in Sainte-Thérèse de Blainville on November 14, 1882. Three of his sisters joined the Order of the Gray Nuns of the Cross of Montréal. Two of his brothers, Stanislas and Josaphat, gave to the Church, one a priest, the other a priest and two nuns.

Great-uncle Émile grew up in Sainte-Thérèse with a strong religious background. After having attended the Côte Nord rural school, the young Émile Dubois entered the Petit Séminaire of his native parish in September 1895. When he graduated in June 1903, he decided to embrace an ecclesiastical career. He spent the 1903-04 school year as a seminarist at the same college and then moved to the Grand Séminaire de Montréal to pursue his theological studies leading to his ordination in the Montréal Cathedral on June 30, 1907.

In September of the same year, he was part of the teaching staff at the Petit Séminaire de Sainte-Thérèse, but he wished to push his philosophical and literary studies further. The authorities of the Seminary sent him to Rome in 1908 where he obtained his doctorate in Philosophy at the Séminaire de la Propagande. He studied Literature at the Catholic Institute of Paris, which was to be useful to him later as a writer and Professor of Rhetoric at his Alma Mater.

Students admired the way he instilled patriotism in their heart. He told them to be proud of their country, their race and language and of their faith. Back in Canada in 1910, he devoted 18 years of his life as a priest to the teaching of History and Literature.

Meanwhile, he was Dean of Studies, Vice-Superior and Director of the Saint-Charles Academy and for six years, editor of the Annales térésiennes. The pupils conceived the idea of publishing a small magazine in 1880. The Annales térésiennes aimed at preserving the memories of Sainte-Thérèse and at tightening the bonds between the pupils, the professors and the alumni. The magazine reached all Sainte-Thérèse people.

In 1938, he published a series of four lectures (Brochure, 20 pages) that he had written for the benefit of unionized Catholic workers. Member of the Historical Society of Montréal, he published in 1925 a lecture entitled Musée national et Musées régionaux on Canada’s history week.

He also contributed several newspaper and magazine articles, notably to L’Action française, l’Enseignement secondaire, les Annales térésiennes, la Semaine Religieuse de Montréal, l’Oeuvre des Tracts and Le Devoir. In 1928, he was named parish priest of Saint-Janvier. He remained there until November 7, 1934, at which time he took possession of the more prosperous parish of Saint-Jérôme, a city known as “The Queen of the North.”

Under his impulse, three new parishes were founded in greater Saint-Jérôme, namely the parishes of Saint-Antoine-des-Laurentides (1944), Sainte-Paule (1946) and Sainte Marcelle (1949).

Curé Émile Dubois founded the Catholic trade union in Saint-Jérôme in 1938. Between 1938 and 1942, it suddenly blossomed but was of short duration. The Catholic trade unionism got the labour movement around the Laurentians out of its long lethargy. However, the labour movement owed this abrupt awakening to a representative of the traditional elite and not to its internal dynamism. The person in question is indeed Émile Dubois, parish priest of Saint-Jérôme.

In November 1938, Curé Dubois contributed a series of newspaper articles to l’Écho du Nord, which thereafter turned into a brochure published in December of the same year under the title “What our workers want.” In fact, falling under the purest tradition of social Christianity, as formulated by Pope Léon XIII towards the end of the 19th century, Curé Dubois was a militant for Catholic syndicalism whose objective aimed at avoiding the class struggle while ensuring the defence of the weak against the exploitation of the strong.

The undeniable leadership of Curé Dubois brought immediate successes. The Catholic trade union, answering his call, held their first great rally on December 9, 1938. Since 1938, Saint-Jérôme has had several trade unions affiliated with the Federation of Catholic Workers of Canada, from the building, leather, rubber and textile trades to the pulp and paper industry. Store employees, barbers and wood industry professionals joined in the summer of 1939. All these trade unions were represented within the General Council of Catholic Trade Unions of Saint-Jérôme. The year 1939 marks the peak of Catholic trade unionism in Saint-Jérôme.

For the first time in its history, the capital of the North was host to a professional Workers Congress, that of the National Catholic Federation of Textile Workers, held August 12 and 13, and this, thanks to the work of Curé Dubois, “advocate and pioneer of Catholic syndicalism” in Saint-Jérôme.

Many good causes were born from his devotion. Catholic action movements, Boy Scouts, Girl Scouts, charitable and school institutions found in him a protector. Among others, the Regional Home Economic School ran by the Notre-Dame du Bon-Conseil Nuns. The Old People’s Home directed by the Gray Nuns of the Cross was indebted to him for an immense piece of land and so was l’Oeuvre des Vocations, of which he was in Saint-Jérôme the precursor and a powerful supporter. It was his idea to ensure many vocations in his parish that pushed him to found, in September 1948, an external Classical College which, unfortunately, does not exist anymore today.

He was a committed and devoted Christian in a humble way as well as a pious man who demonstrated religious enthusiasm.

In brief, he was a distinguished and cultivated man, a talented author-historian, an intelligent zealous administrator as well as an attentive pastor. In his teaching, preaching and writing, he was able to orchestrate philosophy, theology, history and sociology.

He was also proud of his noble family ancestors.

In recognition of this Pastor’s zeal, administrative wisdom and extraordinary service, his Exc. Mgr Joseph Charbonneau proclaimed him “Honorary Canon” of his Metropolitan Church on April 21, 1943. A larger testimony was returned to this distinguished priest when the same archbishop, on his passage in Rome for his “ad limina” visit, obtained for Chanoine Dubois on March 9, 1949, the dignity of “Prelate of his Holiness.” The news was promulgated on April 10 and the Nomination Ceremony, presided over by his Exc. Mgr Charbonneau on Saint-Émile’s Day, May 22, gave place to beautiful parish celebrations.

With the testimony of all the parishioners, the reward was worthy of the man who became Monseignor Dubois. For 16 years, my Great uncle carved out such an important place for himself in the history of the parish of Saint-Jérôme that boulevard Monseigneur-Dubois was named after him.

Mgr Dubois, having retired in the fall of 1950, moved to the residence of Les Soeurs de Notre-Dame du Bon-Conseil in Mont Rolland. The nuns were more than happy to take care of the distinguished man who had been so supportive of them over the years. It is where he died on December 3, 1951. His body was buried in the crypt of the Saint-Jérôme cemetery next to Curé Labelle known as the “King of the North”, of which he was one of the successors and where he deserves to be.

I vaguely remember my father talking about his uncle Émile’s illness with a respectful catch in his throat, and I remember that my parents attended the funeral service.